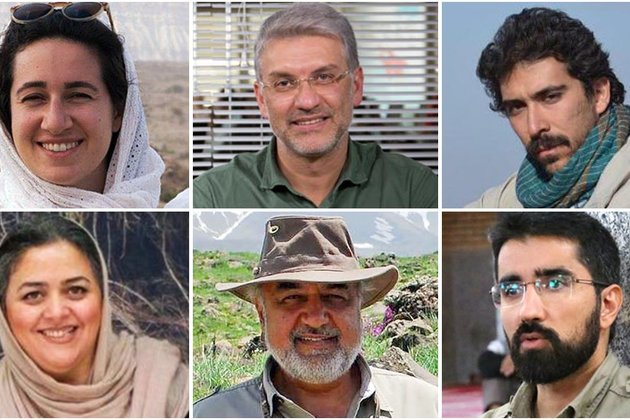 Germany's most senior human rights official has expressed 'shock' at the recent sentencing in Iran of six members of a local wildlife conservation group to lengthy prison terms on charges of espionage.

'I am shocked,' Kofler said on November 22 of the verdict against the members of the Persian Wildlife Heritage Foundation, according to dpa. 'They peacefully and actively took a stand for animal and species protection in Iran.'

Relatives reportedly said the six conservationists were ordered by the Tehran Revolutionary Court to spend between six and 10 years in prison in the internationally criticized case.

Human Rights Watch (HRW) said the defendants were informed of the verdict on November 20.

The 63-year-old managing director of the Persian Wildlife Heritage Foundation, Iranian-Canadian Kavous Seyed Emami, died in custody under disputed circumstances after his arrest.

Iran's authorities called that a suicide, a claim that has been challenged by Emami's family and acquaintances.

Authorities said the group had collected classified information about Iran's strategic areas under the pretext of carrying out environmental and scientific projects, including with the use of camera traps.

Iran's courts rarely publicize verdicts, but the New York-based Center for Human Rights in Iran (CHRI) said on November 21 that the defendants had been sentenced for 'contacts with the U.S. enemy state.'

Two other wildlife conservationists held since January 2018 have yet to be handed verdicts, the CHRI said.

HRW called the accusations 'ridiculous,' and Amnesty International cited evidence that the conservationists were tortured to extract forced 'confessions.'

With reporting by dpa

The sculpture "Stand Tall, Stand Loud", conceived by the African American artist Aaron Bell, whose father once was a prominent ...

KUWAIT City, KUWAIT - Kuwait's ruling Emir Sheikh Sabah al-Ahmad al-Sabah has passed away on Tuesday in a hospital in ...

In the hours after U.S. Supreme Court Justice Ruth Bader Ginsburg died, shocked Americans speculated about whether or not Republican ...

United States considering walking away from embassy in Baghdad

BAGHDAD, Iraq - The United States is threatening to close its embassy in Baghdad amid frustrations over attacks by Shi'ite ...

Trump wants Biden to be tested for drugs prior to debate

U.S. stocks dip as all eyes on presidential debate

International freight depressed due to lack of planes in air

Global stocks rebound runs out of steam on Asian markets

SYDNEY, NSW, Australia - The worldwide rally in stocks of the previous 24 hours came to a halt in Asia ...

Criticism mounts in China over 'bullying' of social media platform

Fifth most visited city in world prepares for long Winter

SINGAPORE - These days, the desolate streets and shuttered businesses in popular tourist areas in Singapore like Little India and ...

SYDNEY, NSW, Australia - Stocks in Japan and Hong Kong rose strongly on Monday, while in China and Australia stock ...