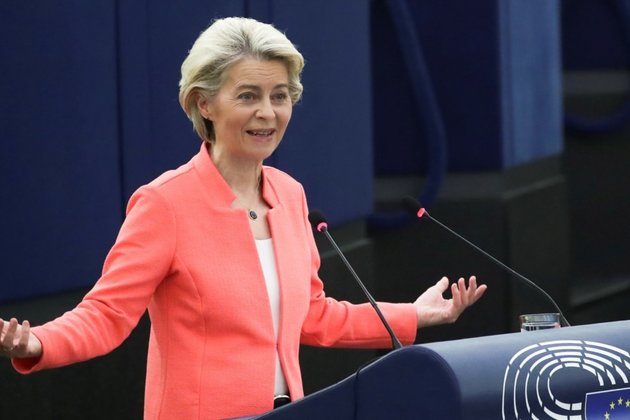 She said during a speech in Brussels on September 15 that actions by Warsaw and Budapest that harshly restrict migration, discriminate against women and LGBT people, restrict the media, or constrain the independence of the judiciary are antithetical to the basic values of the 27-member bloc.

'These values are now enshrined in European treaties,' von der Leyen said. 'This is what we all signed up to when we became part of this union as free and sovereign countries. We are determined to defend these values.'

The bloc has long been at odds with the nationalist and euroskeptic governments in Hungary and Poland.

The two countries are among nine member states whose national spending plans have not yet been approved by the European Commission, a step that is necessary to unlock billions of euros earmarked to help restart economic growth stalled by the coronavirus pandemic.

Von der Leyen also repeated support for a proposal to tie access to EU funds to respect for the rule of law.

'We will do whatever we can to protect the EU budget,' she said, adding that the commission would be sending out warnings under the new mechanism to member states in the near future.

Speaking in Warsaw the same day, Jaroslaw Kaczynski, head of the ruling Law and Justice party, said that Poland's future was inside the EU, but that it must remain a 'sovereign country.'

Based on reporting by Reuters and AP

SEOUL, South Korea: In what could be one of South Korea's largest-ever antitrust cases, Google has been fined at least ...