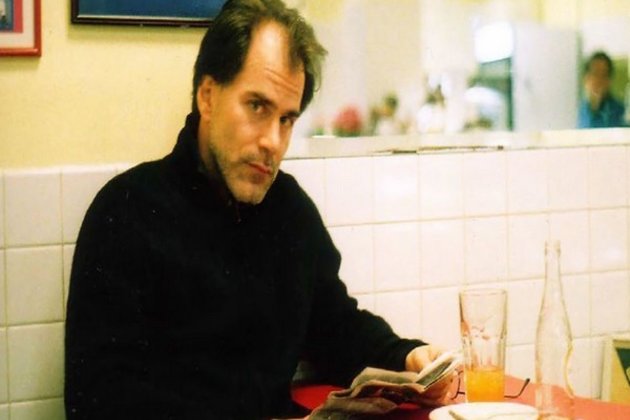 Washington [US], November 25 (ANI): Dominic Orlando, playwright turned TV writer-producer who worked on shows like 'Nightflyers', 'Mindhunter', and 'Them', has died.

As per Variety, he passed away on November 17 in Washington due to complications from cancer. He was 57 when he breathed his last.

Orlando's family said that the writer died doing what he loved most, as he had prepared for the first day of a TV writers room just hours before his death. He is survived by his mother Lillian, brothers John and Steven and Steven's wife Sara, a niece, nephews and cousins.

In lieu of flowers or gifts, Orlando's family requests people consider donating to the Dominic Orlando Fund, created by friends and the Playwrights' Center. The proceeds from the fund will be used to support writers who create their own unique path in the arts.

His family spoke about him in a statement and shared, "He was the person everyone wanted to sit next to at Thanksgiving, at the brunches in Minneapolis and the backyard barbecues in L.A.""He was the loudest voice, arguing, talking, stating his firm opinion and yet still, somehow, he always managed to be an empathetic and avid listener. A mentor, friend and a deeply generous soul, he spent his life building social circles the way he built stories, and he was the heart of every circle," the family added.

Born in Brooklyn on Christmas Day in 1963, Orlando pursued the life of an artist from an early age. He began his career in New York theatre, where he co-founded the No Pants Theater Company in 1992, an organisation that aimed to explore large-scale mythological and spiritual stories of America.

After New York, he relocated to Minneapolis where he co-founded the Workhaus Collective while on Jerome and McKnight Fellowships at the Playwrights' Center. The aim of the company was to support the uncompromising vision of its authors. Over the years, Orlando wrote numerous plays and operas and taught theatre.

Eventually, Orlando moved to Los Angeles, where he pursued a career in television and wrote for shows like the Amazon series 'Them', 'Outer Range', FX's 'Retreat', 'The OA' from Netflix, 'Mindhunter' and 'Nightflyers', a series based on the work of George R. R. Martin. (ANI)

King could step in if Malaysia parliament cannot choose leader

KUALA LUMPUR, Malaysia: As support for a conservative Islamic alliance prevented major coalitions from winning a simple majority in its ...

BUFFALO, New York: Just ahead of the busy Thanksgiving holiday week, western New York state was hit by a snowstorm, ...

After 73 years, Biden tells Palestinians to wait until conditions are right

NEW YORK CITY: Granting Palestine full state membership status at the UN would be a "practical" step that could preserve ...

WASHINGTON D.C.: In the largest dam removal undertaking in U.S. history, a U.S. agency last week approved the decommissioning of ...

SAN Francisco, California: As he struggles with a mass exodus of advertisers and users switching to other platforms, Twitter Chief ...

TOKYO, Japan: Japanese prosecutors raided the headquarters of advertising company Dentsu, as part of a widening investigation into corruption during ...

NEW YORK, New York - Concern about the spreading of Covid-19 across China kept investors on edge Monday, with all ...

LONDON, England: The UK National Crime Agency has obtained a civil recovery order for some $65 million of suspected criminal ...

Stocks markets across Asia Pacific rattled by protests in China