Players will pull out of tours if they continue to operate in strict bio-bubbles: Stirling 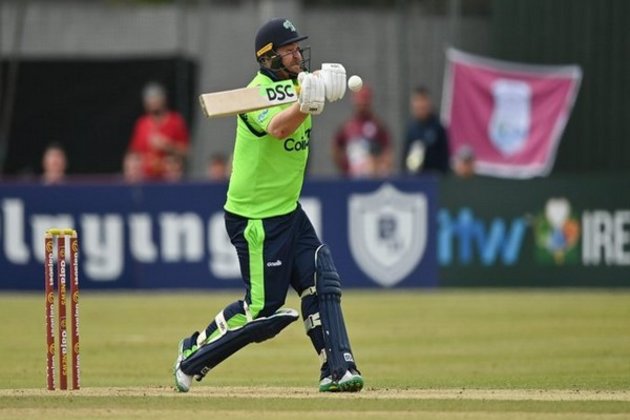 Kingston [Jamaica], January 13 (ANI): Ireland opening batter Paul Stirling has said that players would continue to opt-out of tours if they continue to operate in tight bio-secure bubbles.

Stirling had tested positive for COVID-19 in Florida at the end of December 2021 and he has now finally joined the rest of Ireland's squad in Jamaica ahead of Thursday's second ODI against West Indies.

"Will players pull out? One hundred percent. There's no doubt about that. I think the restrictions are now no longer as much to do with our health and safety as they are to do with making sure that competitions go ahead and financial reasons for companies, organizations, franchises and making it work from that point of view," ESPNcricinfo quoted Stirling as saying.

"When that starts happening and that transition is so apparent, and you feel as a player that you're just being manoeuvred on a chessboard, that's I think when people are going to be pulling out, fairly swiftly. That's probably not far away, or else rules will be broken as you go," he added.

With regular captain Andrew Balbirnie ruled out because of a positive COVID-19 test, Stirling will stand in as the skipper of Ireland for the second ODI against the West Indies.

"As a whole, we've done pretty well. Not that you can blame anyone else but it would seem like we've had our camp in a good way, our discipline was good, we were sticking to the rules which is easier said than done sometimes," said Stirling.

"We had a pretty good record and I think whenever cases came out, we nipped it in the bud. This is the first time where it's lingered. I don't know any teams that have completely avoided it, so it's maybe time to start moving on in that direction a bit quicker," he added.

Ireland's players are in a strict bubble in Jamaica for the ongoing ODI series against West Indies.

"From a health point of view, I'm feeling good. I'm glad it's over - the people who have had it are so glad they've already had it because that takes you off for six months [due to natural immunity] where we can focus on cricket. We've got [T20 World Cup] qualifiers coming up [in Oman in February] and the last thing we want is this sort of environment where people are unsure," said Stirling. (ANI)