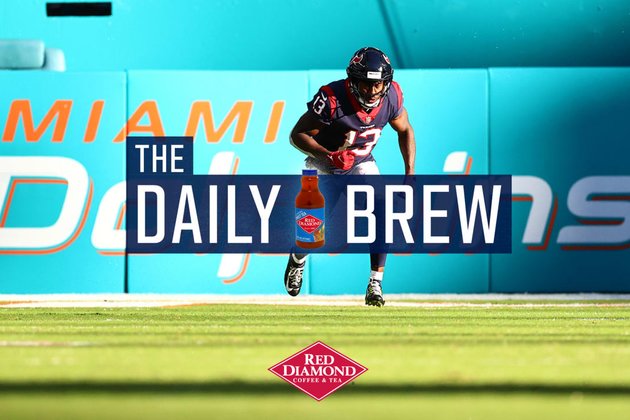 The cleats aren't even cold on the 2021 campaign but I'm already looking forward to next season. The schedule won't come out until May but get your suitcase ready because the road tilts are going to be in some outstanding destinations.

We don't know the order but we know the cities so let's start with the biggest - New York. Yes, the Giants play in New Jersey, but who are we kidding, this is the New York market in all its glory. And the Jersey side isn't bad anyway.

Last time we were there to play the Jets, I went out to dinner with friends and saw the James Braddock statue in North Bergan. The Rocky statue is nice but this guy was a real-life boxing legend and the subject of the movie Cinderella Man. It's always the little things that get me.

Anyway, the Giants game will be their first there since 2014. It's also one of five dates against teams that will have new head coaches, all on the road except that the Jags are, of course, a home-and-home divisional series.

The Texans were just in Chicago in 2020 but they go right back there as this is the 'extra' game against an opposite conference opponent due to the 17-game schedule. Denver is on the docket for the first time since 2018. And for the first time ever, the Texans will play a game in Las Vegas. Remind me when curfew is again!

I hate to sound like a commercial but 'But wait, there's more!'

Houston is headed right back to Miami after a date with the Dolphins this past season. And the 'piece de resistance' - a game in Arlington against the Cowboys! Last time the Texans were there, a sea of Battle Red took over the joint and forced Tony Romo into a silent count. More of that, please!

The other three road games are division outings. Let's not forget that the home agenda includes the likes of Kansas City, Washington, the Chargers, Philly, Cleveland and the division foes.

We've got a long way to go but this is going to be fun.

Get your tickets today or renew your season ticketsfor the Houston Texans 2022 Season.