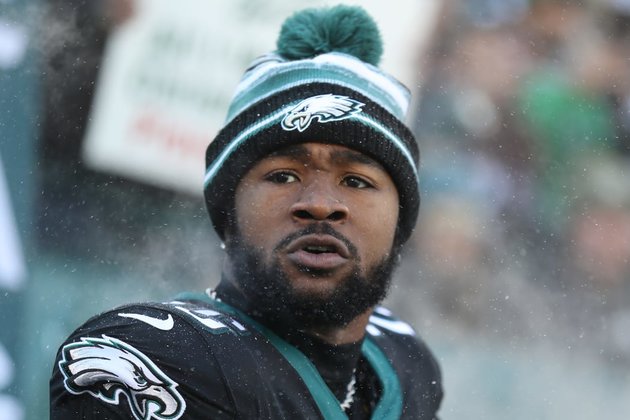 The Eagles returned to the practice fields at the NovaCare Complex on Wednesday in advance of Sunday's Wild Card showdown with the defending Super Bowl Champion Tampa Bay Buccaneers.

Head Coach Nick Sirianni held a walkthrough on Wednesday, much like he has over the latter half of the regular season. Here are the highlights from what the injury report would have been if there was a full practice.

• DT Fletcher Cox, T Lane Johnson, and C Jason Kelce were listed as resting players (Johnson also has a knee injury), which is consistent with how Sirianni has managed the veterans throughout the year.

• DE Josh Sweat did not practice due to an illness.

• The big note here is that RB Miles Sanders practiced for the first time since suffered a hand injury in the Week 16 win over the Giants.

• QB Jalen Hurts (ankle) had been limited in practice in recent weeks. RB Jordan Howard had a stinger late in the regular season, but he was not even listed on the injury report.

Check out the graphic below for the full injury report.

A look at the opponent's injury report

The Buccaneers, like the Eagles, held a walkthrough on Wednesday. Here are the key injuries to watch:

Wide receiver Cyril Grayson (hamstring) did not participate in practice as Head Coach Bruce Arians expressed doubt regarding his availability for Sunday. Wide receiver Mike Evans was limited in practice with a hamstring injury.

Running back Ronald Jones did not participate in practice with an ankle injury. Cornerbacks Jamel Dean and Sean Murphy-Bunting were both limited with hamstring injuries.

Here's a look at the Buccaneers on the Injured Reserve list:

Bernard, David, and Fournette were designated to return to practice on Wednesday, opening the door for a chance to play this Sunday.