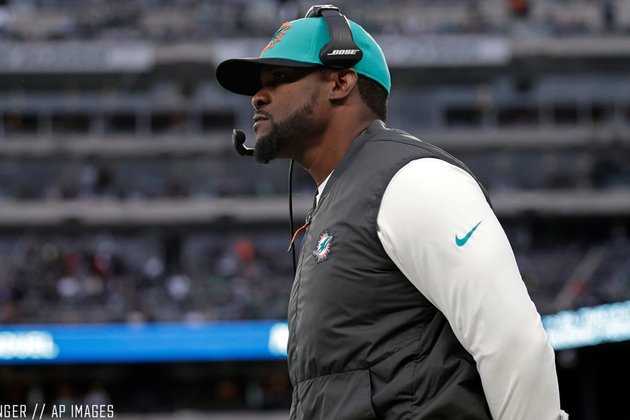 The Texans have completed an interview with Brian Flores for the head coaching position.

Brian Flores most recently served as head coach of the Miami Dolphins for the past three seasons.

Flores has coached all three phases of the game - offense, defense and special teams - and beginning his professional career as a scout. During his 17 years in the NFL, Flores has won four Super Bowls - XXXIX, XLIX, LI and LIII - and seven AFC championships.

Flores joined the Dolphins in 2019 after spending 15 seasons with the New England Patriots organization, where he served in a variety of different roles. He began his NFL career in player personnel, joining the Patriots as a scouting assistant in 2004. He was promoted to pro scout in 2006. Flores began his coaching career as a special teams assistant for New England from 2008-09. In 2010, Flores served as an offensive assistant and also worked with special teams. He spent his final eight seasons (2011-18) in New England coaching defense, first as a defensive assistant (2011), then as safeties coach (2012-2015), linebackers coach (2016-2017) and finally as the team's defensive play-caller and linebackers coach in 2018.

A two-year starter at linebacker for Boston College, Flores was part of four bowl-winning teams. He was named to the Big East All-Academic Team in 2003. Flores is a native of Brooklyn, New York and attended Poly Prep, where he played running back and linebacker. He graduated from Boston College with his bachelor's degree in English and a master's degree in administrative studies.

This information was provided courtesy of the Miami Dolphins.