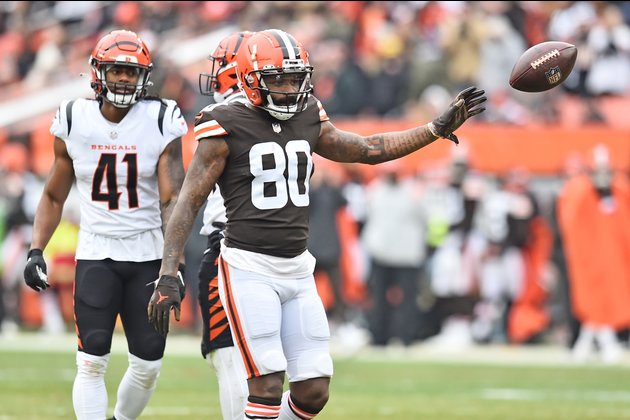 NFL Network reported that the five-time Pro Bowler will sign a one-year contract worth up to $6 million.

It marks a homecoming for Landry, a Louisiana native and former LSU star.

Landry started 12 games in 2021 for the Cleveland Browns, missing time with a knee injury. He caught 52 receptions for 570 yards and two touchdowns -- all representing career lows.

Landry also followed his former LSU teammate, New Orleans native Tyrann Mathieu, to the Saints. The defensive back signed with the Saints earlier this month.