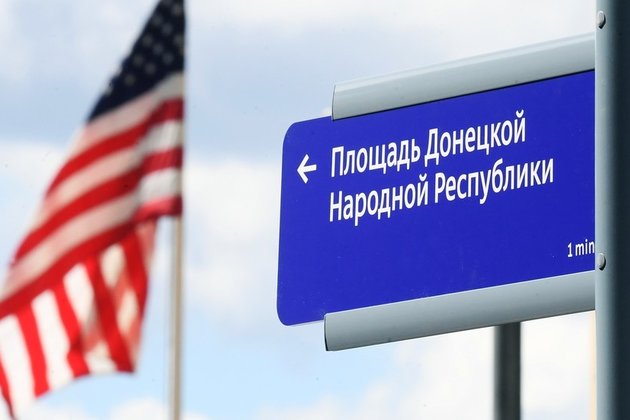 The US embassy's address in Moscow has been altered, with the plaza outside the diplomatic mission now bearing the name "Donetsk People's Republic Square," Moscow authorities have announced. The DPR is officially recognized as independent by Russia, but still considered to be a mutinous part of Ukraine by the US and most other nations.

A statement informing Muscovites of the change was published on Mayor Sergey Sobyanin's official website Mos.ru on Wednesday. In it, Moscow authorities also clarified that the embassy's previous address had been "nullified."

According to the document, the new name of the square along with several alternatives had been put to a vote via the online platform, Active Citizen. A total of 278,684 Moscow residents took part, the statement said. The Donetsk People's Republic Square option garnered the support of 45% of the voters.

The proposal calling for the square to be renamed had originally been floated by members of Moscow's parliament, soon after Russia launched its offensive against Ukraine, the city authorities revealed. The names had been suggested by citizens.

Deputy chair of the Russian parliament's lower house, Petr Tolstoy, was present at the site while workers replaced the street sign. 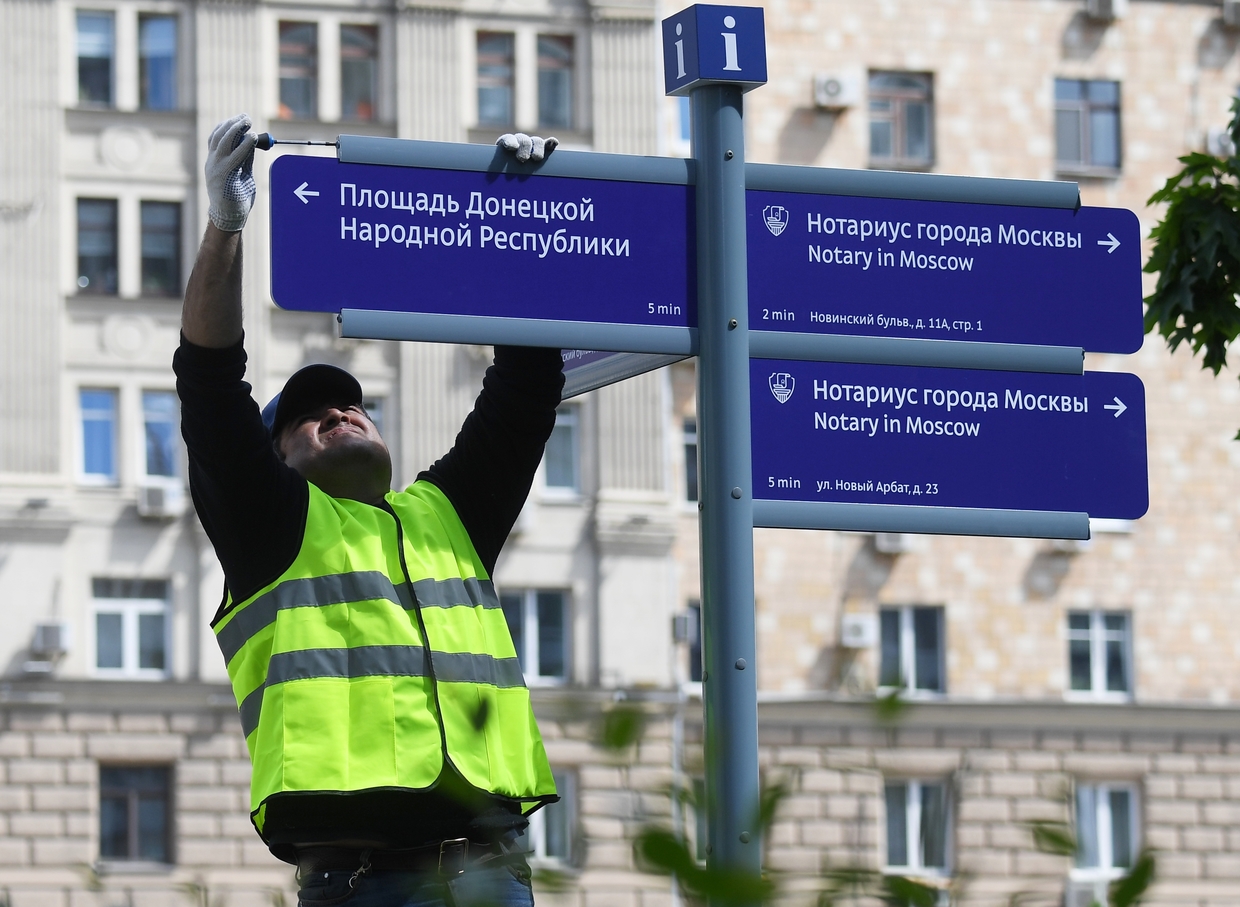 An employee installs a sign reading "Donetsk People's Republic Square" in front of the United States embassy in Moscow, Russia.

"This is a symbolic gesture celebrating the DPR residents' struggle," the politician told journalists.

In the near future, another square or street in Moscow will also be renamed in honor of the Lugansk People's Republic.

Both Donbass republics declared independence back in 2014 following the Maidan coup in Kiev. These two predominantly Russian-speaking regions expressed concern that the new Ukrainian government, which included known nationalists, would trample on linguistic minorities and force them to speak Ukrainian. Both Lugansk and Donetsk refused to recognize the legitimacy of the new authorities. To quell the separatist movement, Kiev deployed heavily armed police, security forces and eventually the country's military to Donbass. The separatists, in turn, seized weapons from local military and law enforcement stockpiles.

The Ukrainian government launched what it called an "anti-terrorist operation," using artillery and fighter jets.

This resulted in a bloody conflict spanning eight years, which the German- and French-brokered Minks agreements sought to resolve without success. The two republics became de facto independent.

During the first two months of 2022, authorities in both the DPR and LPR reported increased Ukrainian shelling. Eventually, both republics declared a mass evacuation of civilian residents to Russia, claiming that Ukraine was poised to retake the regions by force. Days later, the leader of the DPR and LPR asked Russia to officially recognize them. Both chambers of the Russian parliament adopted a bill calling on President Vladimir Putin to do so.

On February 21, the Russian head of state signed off on the recognition documents.

Moscow is not the first city to name or rename a square or street outside a foreign power's embassy in a symbolic manner.

Back in February 2018, Washington authorities named the square outside the Russian embassy after slain Russian opposition politician, Boris Nemtsov.

The ceremony was attended by several members of US Congress, State Department staffers, as well as city authorities.

It was the Washington City Council that had made the decision, which it said symbolized the city's dedication to democracy.

A prominent critic of the Russian government and President Putin personally, Nemtsov was fatally shot just outside the Kremlin on February 27, 2015.

Russian law enforcement later apprehended the hitmen involved in the crime, who were sentenced to lengthy prison terms. However, the people who had placed the hit on Nemtsov have not been identified to date.

14 ft. crocodile captured by man in Indonesia, returned to nature

SULAWESI, Indonesia: Using just a rope, an Indonesian man, supported by fellow villagers on the island of Sulawesi, captured a ...

WATFORD, UK: Watford F.C. has cancelled a friendly match against the Qatar national team due to the Gulf country's human ...