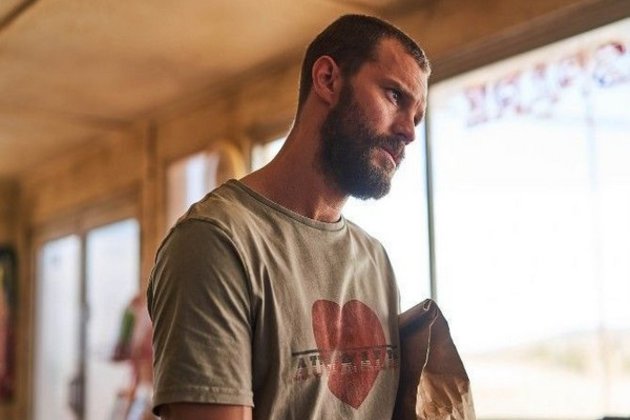 Washington [US], June 22 (ANI): 'The Tourist,' starring Jamie Dornan, won the best series on Tuesday at the 'Golden Nymphs Awards,' handed out at the conclusion of the 61st Monte-Carlo Television Festival.

Created and written by Harry and Jack Williams, this show is a British thriller with an identity-themed comedy moment. It also received 'Best Creation' and the BetaSeries public prize.

Germany's 'Martha Liebermann,' a drama about a German-Jewish woman in Nazi-era Berlin standing up for her values while risking her life had won the best TV film, and Thekla Carola Wied, who plays the titular character, won the best actress, as per Variety.

Ulrich Thomsen, the protagonist of the Nordic thriller 'Trom,' won the 'Best Actor Award.' The show also won the special jury prize. The best news program award was given to 'Navalny - The Man Who Putin Couldn't Kill' in England, and the best documentary was given to 'Erasmus in Gaza' in Spain.

As per Variety, the winners received their awards at a ceremony held in the presence of Prince Albert II, honorary president of the festival. In his speech, Prince Albert II commented, "Excellence has defined the quality and the creativity of the global content showcased within the competition, whether in the Fiction or News and Documentaries genres."Laurent Puons, CEO of the festival, said, "As our festival is now the leading one of its kind in Europe so our competition continues to grow in stature. This year the level of the official selection was exceptionally high with numerous worldwide premieres. I know that both sets of juries found it really challenging to make their final selections."Six world premieres along with one international, one European and four French premieres had been screened over five days. (ANI)

US sanctions causes 90 percent drop in chips sent to Russia

WASHINGTON D.C.: U.S. Commerce Secretary Gina Raimondo has said that since the U.S. and its allies imposed sanctions on Moscow ...

Tokyo suffers through heatwave, worst since 1875