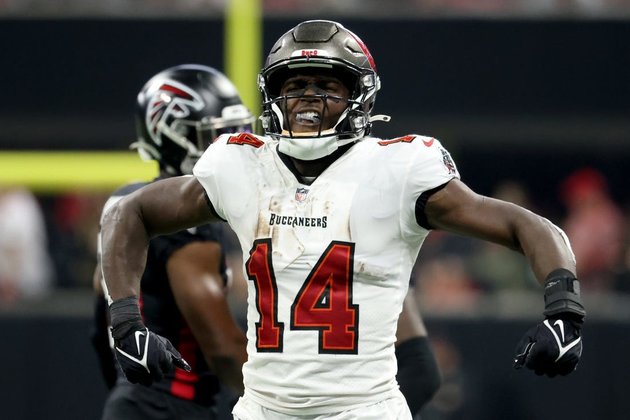 Godwin practiced for the first time since surgery in January to repair a torn ACL and MCL in his right knee.

With a brace on the knee, Godwin did some straight-line running and participated in positional drills but did not join the 11-on-11 workouts, according to The Athletic.

Godwin, 26, caught a career-high 98 passes for 1,103 yards and five touchdowns in 14 starts last season before sustaining the season-ending injury in Week 15.

The Buccaneers re-signed him to a three-year deal worth a reported $60 million, with $40 million fully guaranteed, in March.

Evans, who has a history of hamstring issues, exited the training camp session under his own power. Head coach Todd Bowles said after the workout that he might have tweaked his left hamstring, but didn't have all the information from trainers.

Evans, 28, is the only wideout in NFL history to begin his career with eight straight 1,000-yard seasons. The four-time Pro Bowl selection caught 74 passes for 1,035 yards and a career-high 14 touchdowns in 16 starts in 2021.