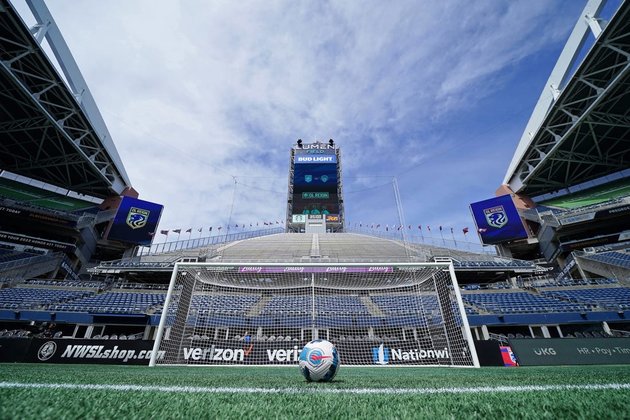 Lauren Cheney Holiday will be inducted into the National Soccer Hall of Fame's 2023 class.

The ceremony is set for May 6 in Frisco, Texas.

Competing under her maiden name of Cheney, she made 133 appearances for the U.S. women's national team. She won gold medals in the 2008 and '12 Olympic Games and was a member of the team that won the Women's World Cup in 2015.

The 35-year-old also played five seasons of professional soccer, including three for Kansas City of the National Women's Soccer League. She was the league's leading scorer and MVP in 2013 and won NWSL titles with Kansas City in each of the next two years.

She learned of her selection to the Hall of Fame on Tuesday at the practice facility of the Milwaukee Bucks. Her husband is Bucks guard Jrue Holiday.

King could step in if Malaysia parliament cannot choose leader

KUALA LUMPUR, Malaysia: As support for a conservative Islamic alliance prevented major coalitions from winning a simple majority in its ...

BUFFALO, New York: Just ahead of the busy Thanksgiving holiday week, western New York state was hit by a snowstorm, ...

After 73 years, Biden tells Palestinians to wait until conditions are right

NEW YORK CITY: Granting Palestine full state membership status at the UN would be a "practical" step that could preserve ...

WASHINGTON D.C.: In the largest dam removal undertaking in U.S. history, a U.S. agency last week approved the decommissioning of ...

SAN Francisco, California: As he struggles with a mass exodus of advertisers and users switching to other platforms, Twitter Chief ...

TOKYO, Japan: Japanese prosecutors raided the headquarters of advertising company Dentsu, as part of a widening investigation into corruption during ...

NEW YORK, New York - Concern about the spreading of Covid-19 across China kept investors on edge Monday, with all ...

LONDON, England: The UK National Crime Agency has obtained a civil recovery order for some $65 million of suspected criminal ...

Stocks markets across Asia Pacific rattled by protests in China